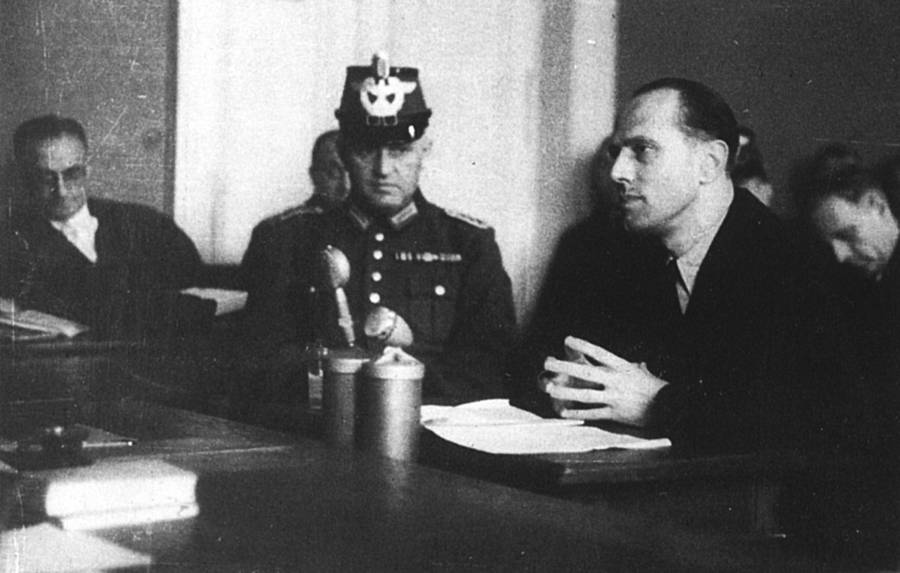 Helmoth von Moltke was a German aristocrat from a highly regarded and famous family. Helmuth von Moltke became a leading figure in the opposition movement known as the Kreisau Circle.

Helmuth von Moltke trained as a lawyer. He specialised in International Law. From qualifying in 1934 through to the outbreak of the war and his conscription into the Abwehr in 1939, he used this role to help people who were being persecuted leave Germany. He also travelled to England regularly to complete further legal training at Oxford. This provided him with contacts that would be of use in the coming years.

When war broke out, Helmuth von Moltke was drafted into the Abwehr, one of the intelligence organisations. His role utilised his experience as a specialist in International Law. He was to gauge international opinion and act as liaison between his unit, the Counter Intelligence Division (Foreign) and the Foreign Ministry.

These roles required von Moltke to travel extensively through occupied Europe: chiefly in the East. Helmuth von Moltke witnessed many Human Roghts abuses on these travels and was well aware of the persecution of Jews and political opponents in the occupied territories. As a devout christian, these abuses disturbed him. He used his role to write reports about the negative impact of the methods on German soldiers and urged for the Geneva Convention to be adhered to. He noted that repeated German violations of the Geneva and Hague Conventions would almost certainly result in German soldiers who were captured being badly treated.

Helmuth von Moltke’s opposition to the regime grew. In 1943 he used an official Abwehr visit to Turkey as a means to pass documents to the Americans. In these he outlined the situation in Germany and the nature of abuses occurring on the Eastern Front. His documents found their way as high as President Roosevelt, though their credibility was questioned at the time.

At the same time as he was objecting to human rights abuses through his work for the Abwehr, Helmuth von Moltke was also developing a network of like minded people. This group, the Kreisau Circle, discussed a range of issues. Most were related to the abuses of the Nazi regime and their vision for a post Hitler Germany. The group comprised military officials that von Moltke knew from his work; other people from Aristocratic backgrounds; Government officials and opponents from within the church.

The group wrote, but not published until long after the war, a set of principles that read like a manifesto. It describes the groups vision for a fair and just, Christian, Germany. The groups work is discussed in more detail in this post about the Kreisau Circle.

Helmuth von Moltke was arrested by the Gestapo in January, 1944, for tipping someone off that they were about to be arrested. He was later charged with treason, following the unsuccessful July Bomb Plot. Even though no evidence was available that he had been involved in plotting to assassinate Hitler, he was found guilty of treason on the grounds that he had discussed a Germany without Hitler as leader. He was executed in January, 1945.