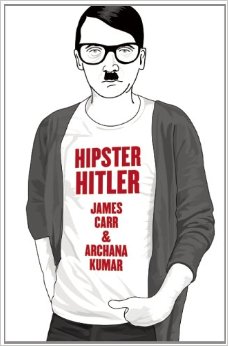 Hipster Hitler is a web comic that satirises the life of Adolf Hitler. The comic steers clear of areas such as the Holocaust and is,  in the words of it’s creators, “a new way of disliking Hitler and laughing at the “lazy dictator” he was, who is known for being indolent, maniacal at times, with violent bursts of enthusiasm.” 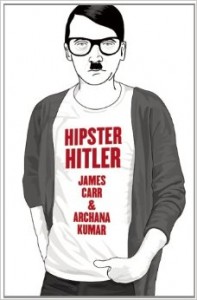 Hipster Hitler is a little different to the sites that I usually link to or recommend. It doesn’t state historical fact, its not an educational resource, it doesn’t really have much of a use in the classroom… but I’m going to recommend it anyway!

The creators of Hipster Hitler use cartoons and the odd animation to parody and satirise Hitler and the Third Reich. It’s done with a tongue very firmly in cheek. Take their cartoon about planning on the Eastern Front, for example. In it they show Hitler talking about Elephants crossing rivers and explaining that he’s playing Chinese Chess, which, he states, is a real game. It’s daft, it’s bonkers, it’s totally and utterly inaccurate – but taken the right way it may make you chuckle!

One thought on “Hipster Hitler”