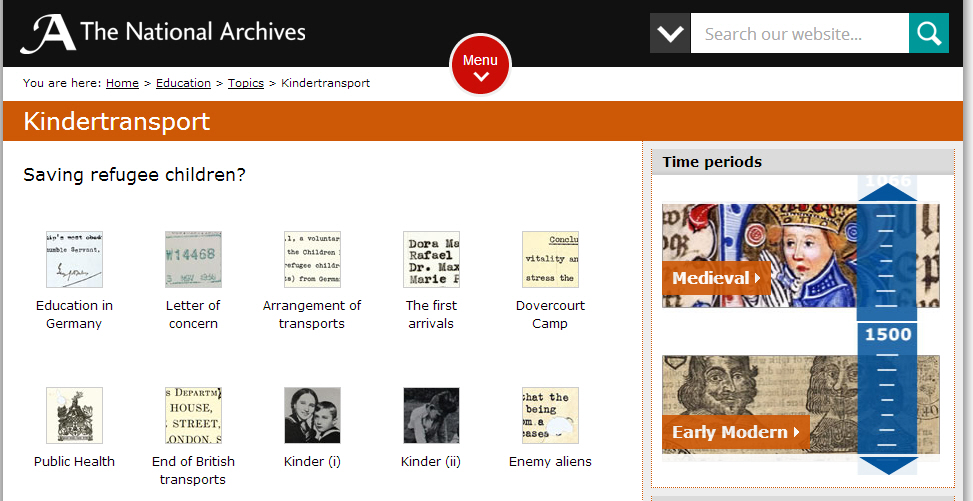 Kindertransport is the name given to the evacuation of Jewish children from Germany, Austria, Czechoslovakia and Poland in the 9 months preceding the outbreak of the Second World War. Kindertransport resulted in almost 10,000 children being evacuated to the United Kingdom. The National Archives website has recently made a series of sources relating to Kindertransport available. 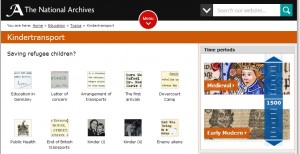 This new collection of sources on the National Archives website provides a fascinating insight into the way in which Kindertransport was conceived and put into practice. Working through a number of themes the sources that have been selected for this site show how concerns over the welfare of Jewish children turned into the Kindertransport evacuation program.

These sources will be of great use in the classroom. They help to present both the personal side of the evacuation whilst also showing the political considerations and problems that the Kindertransport presented.

The First transport of Jewish children arrived in Harwich on December 2nd, 1938.

Approximately 10,000, mainly Jewish, children were evacuated as a result of Kindertransport.

The majority of the Jewish evacuees were the only members of their families to survive the war.

Kindertransport – The Play. A play about Kindertransport is touring the UK from October 23rd 2013 until April, 2014. Details can be found on this website.