In May Michael Gove launched an attack on a range of resources and revision ideas that, he claimed, were infantising the History Curriculum. In particular he took issue with a revision exercise that made use of the Mr Men when revising the Rise of the Nazi Party. This post is a short review of the actual activities that his comments were based on. 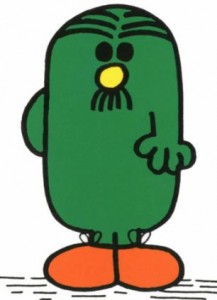 The Mr Men activity that Mr Gove commented on can be found on the Active History website, run by Russell Tarr.

Gove commented that: ‘I may be unfamiliar with all of Roger Hargreaves’ work but I am not sure he ever got round to producing Mr Anti-Semitic Dictator, Mr Junker General or Mr Dutch Communist Scapegoat.” All very true of course but this ignores the fact that pupils are erm, children, and that they need to be engaged. There is, of course a huge danger of dumbing down serious issues, or if presented incorrectly of turning major turning points into a bit of a joke. Russell Tarr, who created the activity, was quoted at the time as saying, “The purpose of the activity is a further challenge to get them (students) to think about it in a different way and to take a complex story which they have written an in-depth essay about and turn it into something that can be used for other students.”

In my mind this activity doesn’t dumb things down. Instead it summarises the key points, makes a rather serious and potentially dull issue (in my experience, children tend not to be all that engaged by high brow politics…) one that is accessible, memorable and enjoyable. It isn’t a standalone activity either. It forms part of a larger unit of work that utilises a wide range of teaching activities. It’s one way of ‘mixing it up’, presenting things in another way, of making things easier to grasp and remember.

Would I recommend this activity? Yes and no. Like any activity it will work very well in some classrooms and be totally inappropriate in others. I’d certainly use it with the ‘right’ kind of class, with pupils who can ‘get’ the fact that you’re making things more enjoyable and engaging and who know that there is a real point behind the activity.