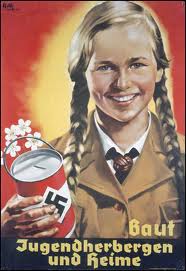 The Nazi Party are well known for their use of Propaganda. From the early days of the parties existence to the final hours of Nazi Germany, Propaganda was deployed.

An excellent introductory video about Nazi Propaganda has been uploaded to Youtube by Worcester Jonny. Like all of his videos, it is succinct and aimed very much at the needs of pupils who are studying, in this case propaganda in Nazi Germany.

Johnny’s video is below:

Additional resources that are of use when teaching or learning about Propaganda in Nazi Germany include the following:

The role of Joseph Goebbels

A biography of the film director, Leni Riefenstahl.