The Holocaust was a genocide against Jews and other minority groups during the Second World War. It resulted in millions of people being killed because they did not fit in with the Nazi’s ideas about race or political beliefs. The Holocaust was born out of anti-semitic views that had festered for years. These were turned into policies by the Nazi’s and gradually saw isolation become greater, persecution worse and eventually the unchecked extermination of these groups took place. 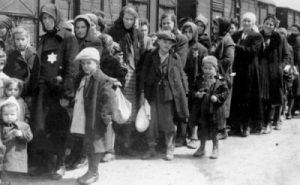 We have begun to add more details on the Holocaust and the persecution of the Jews on our sister site. This site will remain open but it is unlikely to be updated for some time due to other commitments.