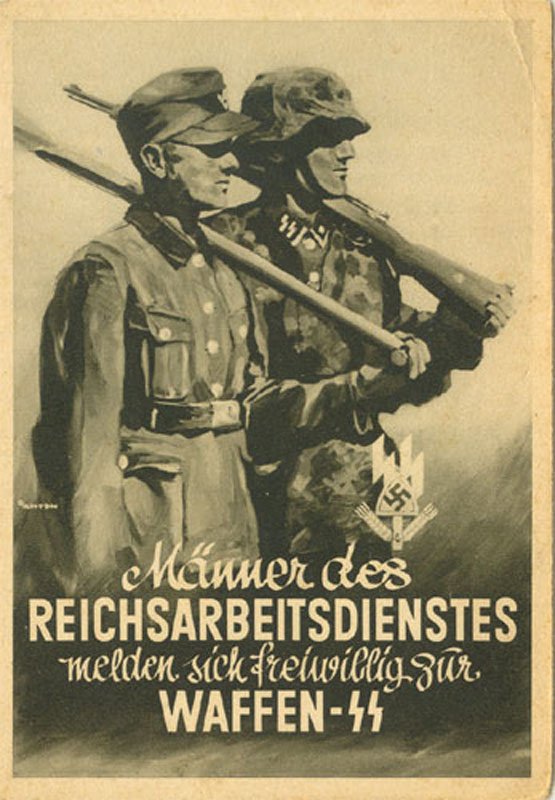 A selection of links and resources about the War Economy in Nazi Germany. The list includes examples of the exploitation of conquered territories. The German War Economy is included in some of the GCSE Controlled Assessment units, though appears to be rather less well catered for in terms of accessible teaching resources than the area of the Nazi Economy in the period 1933-39.

In fact, I’d almost go as far as to say that decent GCSE standard materials that could be considered to be ‘off the shelf’ type resources are pretty much on-existant on this element of the Nazi Economy (certainly online, at any rate).

What do pupils need to know about the Wartime Economy in Nazi Germany?

The key features and the key changes that war brought about. Granted, it can be argued that the Four Year Plan was a move towards a wartime economy – but the actual onset of war clearly has implications.

So what did change?

In the early phases of the war, relatively little. The Blitzkrieg waged against Poland and then in the West was, as expected, quick and effective. It had been planned for. The economy was geared up for this type of rapid success.

Things changed though. As the war became prolonged, the German economy started to face problems. Autarky had not been achieved. The vast resources of the East had not been secured. Worse still, that meant the Allies could utilise them!

One simple problem was the lack of workers. Prior to the war Germany had turned around issues relating to Unemployment and also had a (for the time) relatively high percentage of working age women in employment. A labour crisis of this kind could be resolved through either increased efficiency, or through use of forced labour.

Economic policy opted largely for the latter. Efficiency takes time to develop and the innovators were being asked to work on military, not economic issues.

As in Allied countries, Economic policies determined that rationing was to be introduced and that large sections of the Industrial heartland were to be turned over to military production. However, it ought to be noted that there was still widespread commercial production in Germany until at least late 1942.

Consumer goods: Freeman illustrates the shift in production patterns using a graph based on 1943 as the 100 point for his indices. The graph (page 178, Atlas of Nazi Germany) shows clearly that until 1943 consumer output was rising, as was Armament production. Output of ‘Basic materials’ on the other hand had fallen steadily from 1938 onwards. 1943 though is a clear turning point in terms of levels of output: Armament production rose dramatically, production of consumer ites falls – though only roughly to it’s 1940 level.

Labour Force (Workers). In May 1944 Germany’s workforce included more females than males for the first time (excluding the armed forces). However, the number of women in employment had not risen all that much, the reason was that there were roughly 8 million fewer German men in employment. The shortfall was made up by use of foreign (forced) labour. (See Freeman, page 184)

The links and articles below provide further details and (some) include data relating to the things noted above.

Unfortunately, at the time of writing we have not found any Teaching Resources on the German War Economy that we consider worth sharing. Once a few other priorities are out of the way, we shall have a go at creating some ourselves! PLEASE share anything that you have on this topic!

PDF File: A Child’s Experience of Life in Germany in The Second World War. This provides some useful background information about the way that war affected many aspects of Life in Nazi Germany during the war years.

A key component of the German Wartime Economy was the used of forced labour. Citizens of conquered territories and minority groups from within the Third Reich were used extensively. Examples of Forced Labour during the Second World War can be found in this Wikipedia entry.

This lengthy, academic article, contains lots of valuable information about the German Economy both before the war and during it.

This website provides a chronology of the way in which the German Economy was adapted by the Nazi’s over the course of the War.

If you, or your school, subscribe to History Today, you will find this article of use.

This site provides data about Industrial Output during the Second World War in Nazi Germany.