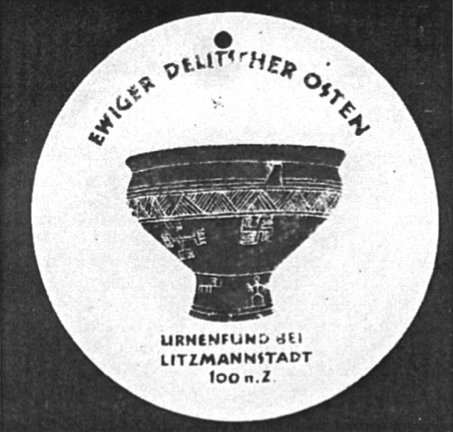 The Winter Distress Fund was established to assist workers who became temporarily unemployed over the Winter due to the seasonal nature of their work. Fund raising events such as the one shown in the British Pathe clip above served two main purposes: First, they raised money for the fund and second, they were a source of enjoyment and as such served a useful propaganda function.

Winter Relief Funds were established shortly after the Nazi’s came to power. The intention was to re-enforce the sense of community over individualism. Different groups and organisations were tasked with raising funds for these relief funds. Peer pressure was utilised to coerce people into donated. The SA regularly patrolled with collection tins and donors were often rewarded with badges, trinkets and posters to show that they had contributed.

There are cases of people being sacked for not contributing and of unfair dismissal claims being rejected.

A more detailed outline of the way in which Winter Relief Funds worked can be read here.

For a detailed academic look at the ways in which unemployment was tackled by the Nazi’s, click here.

One thought on “1935: Comic Football in Germany”