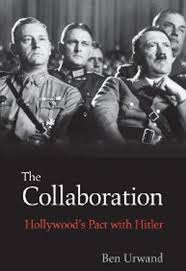 Hollywood and Hitler is a topic that has been discussed on numerous occasions over the years. This year the debate has been reignited due to the publication of The Collaboration: Hollywood’s Pact with Hitler, by Ben Urwand. The criticial response to the book is varied, and provides an excellent opportunity to look at how and why different interpretations have been reached.

The book covers  a wide range of films and issues. Below are some of the better known points that are covered:

All Quiet on the Western Front, albeit pre-Nazi, was edited to make it less damaging to the German image.

Tarzan was banned by censors in Germany due to the impression it gave of the yougn white woman being subdued by the wild man.

King Kong was one of Hitler’s favourite films.

The conversion of the play, The Mad Dog of Europe, into a screenplay was halted as a result of pressure from German officials in the United States.

It also includes some statements (I assume factually correct) that are less well know:

Whilst the book is praised as an important piece of scholarly work, and is clearly of interest to any student of Nazi Germany or the Film Industry, it has been criticised in some quarters.

Urwand’s refusal to draw the sharpest conclusions from the history he so meticulously presents, which would have provided the reader with a deeper understanding of the pact between Hollywood and Nazi Germany, mars what is an important work of scholarship. Source

A more detailed and academic critique is provided by Professor Gavriel Rosenfeld of Fairfield University. Whilst also noting that the book is a valuable contribution that ought to be read, Professor Rosenfeld highlights issues within the book and areas in which the judgement of the author may have been clouded. His views can be read on this page.

What is abundantly clear is that the Nazi Party did make attempts to influence film making beyond their own borders. They were clearly impressed by the power of Hollywood and Joseph Goebbels was highly influenced by cinematography from the United States in particular.

The following reviews of the book are worth reading to get a better idea of what the Nazi regime attempted to do, and of interpretations of the motives for, and successes of, these actions:

One thought on “Hollywood and Hitler”