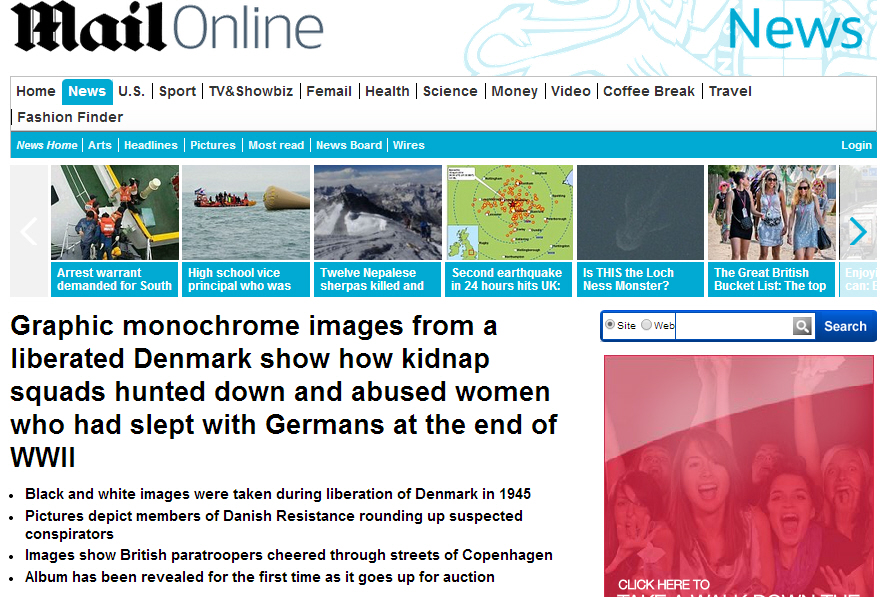 The Daily Mail has today published an interesting article about photographs taken in Denmark shortly after the countries liberation from Nazi control. 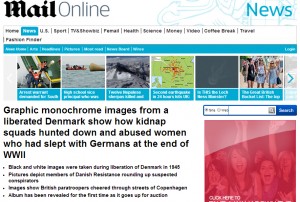 The photographs and accompanying article are very interesting. They provide a good account of the way that Denmark had been governed during the period of Nazi Occupation: which was quite different to the way that post occupied territories were ruled.

The images show the way in which some Danes reacted at the end of occupation. Some images are quite graphic, for example one shows a woman who had been accused of sleeping with Germans. She has been stripped and daubed with swastikas.

The photographs used in the article are about to be auctioned and have only recently been made available for the public to view.

The Daily Mail article can be read online here.