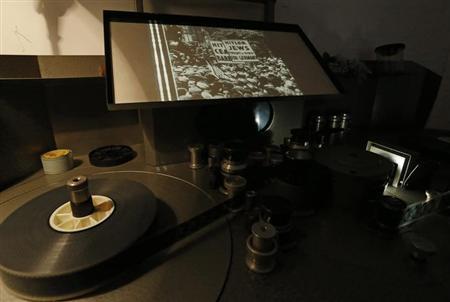 Numerous Film Archives include materials relating to Life in Nazi Germany. Indeed the hardest part of writing this post is choosing what to leave out! With that in mind I’ve gone for a list of sites that people may not ordinarily have come across. The list ignores Documentary films – thats a post for this time next week – but the footage included in the sites noted below covers a wide range of issues from a number of perspectives.

Tucked away in the well known British Pathe website is a collection based on Adolf Hitler and the Nazi’s. as usual for British Pathe the majority of clips are in the style of newsreels – though there are some rather different exceptions to that norm! The wide range of coverage includes major freign policy events such as the crisis of 1938, numerous examples of Propaganda in its various forms, reports on militarisation, work programmes, anti-semitic activity such as book burning along with a copy of a British cartoon about Hitler that goes along to the tune ‘Run, Rabbit, run.’ This collection can be found here. 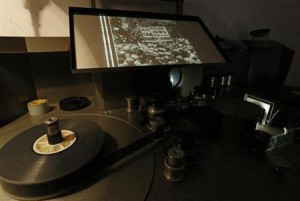 The Steven Spielburg Film Archive and Collection is largely focussed on the Holocaust. It contains a wide range of clips about many aspects of the persecution of the Jews and the Holocaust. These include this selection of clips about Nazi Atrocities – other themes can be explored quite easily on the site.

Archive.org hosts lots of public domain films and documentary clips. These are easy to find using the keyword search function and site maps. For example, this list of themes for Feature Films contains a number of references to Nazi Germany. Some clips have been selected by the authors of the German Propaganda Archive and included in this write up about Nazi Films.

Many of Eva Braun’s Home movies are available online. Whilst these don’t really cover specific issues from the curriculum they do provide an image of what Hitler was like away from the spotlight, which in turn can be used to develop an understanding of why so many people found him charming and charismastic. These clips are littered around sites such as Youtube. Part one is embedded below:

There is a good article here about these films that gives a good account of them.

There are, of course, well known films such as those made by Leni Riefenstahl to consider and numerous feature films that include footage that could be used to visualise aspects of Life in Nazi Germany. There is also a lot of relevant material noted in my previous post about Film Archives for Weimar Germany.