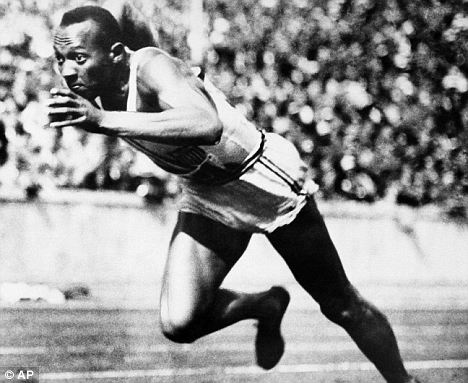 Throughout History there have been facts, lies, areas of confusion and lots and lots of Urban Myths. This post runs through some of the myths that I’ve come across that relate to Weimar or Nazi Germany.

Neither Hitler, nor his regime were responsible for the first Autobahn (Motorway). Whilst it is true that the Nazi regime extended the building program, it had begun in the Weimar period. The first stretch of Autobahn, connecting Cologne and Bonn, was started in the late 1920’s and opened in 1932.

Afraid not. On the first day of the Munich Olympics, Hitler DID choose not to meet a black Gold Medal winner. That Olympian was not Jesse Owens. Olympic officials reminded Hitler that he was to meet all, or no, gold medallists when this happened. He opted to meet none. Owens won his first medal after this decision had been made. Owens himself actually stated later in life that it was not Hitler who snubbed him but his own President (FD Roosevelt). 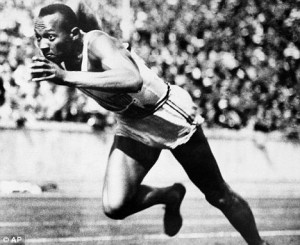 Sorry but the Indiana Jones film is kinda made up…

Actually there is some evidence to suggest that some leading members of the Nazi Party did believe this.

This really depends on your definition of ‘doing well’. High Employment and Public Works projects were impressive but hardly sustainable in the longer term. The Nazi’s had sold of a large proportion of their reserves, borrowed a huge amount of money and focussed on specific industries at the expense of others.

They may have tried to get there but they were always dependent on imports.

“We were convinced that the people needs and requires this faith. We have therefore undertaken the fight against the atheistic movement, and that not merely with a few theoretical declarations: we have stamped it out.”

The Polish Cavalry were actually what we would call Dragoons. They used horses, as did the Germans, but they were trained to fight on foot. There is no record of an order for a Cavalry charge having ever been made. What is quite probably true is that Polish forces used horses when trying to escape encirclement. It is quite likely that contact with Panzers would have been made in such an escape attempt.

Jews in Denmark were never ordered to wear a Yellow Star. The relatively small Jewish population of Denmark WAS widely supported by the Danes though. An accurate account of what did happen can be found here.

Yes and No. The original film entitled ‘Titanic’ was actually made BY the Nazi regime. Goebbels commissioned such a film to highlight the weakness of british and American capitalism. However he was not impressed by the final version of the film and banned it from being shown in Germany: though it was shown in occupied countries. Some scenes from the Nazi version of the film titanic were later used in the classic ‘A Night to Remember’ film which was released in 1958.